VMs in a Citrix Virtual Apps & Desktops catalog created with Machine Creation Services (MCS) are stored as files containing the differences of each particular VM in respect to a base disk that is the representation of the template at VM creation.

When a new version of the template is set in "Ready for deploy" status, existing VMs in non persistent or customizable ASFs or VDTs can be upgraded to the last template version. The upgrade process uploads a new base disk with a snapshot of the new template version to the upgrading VM catalog and points the VM to the new base disk.

When all VMs in a catalog are upgraded to the last template version, some base disks in the catalog stop being pointed by any VM, that is, they are no longer in use and could be removed to preserve storage space. 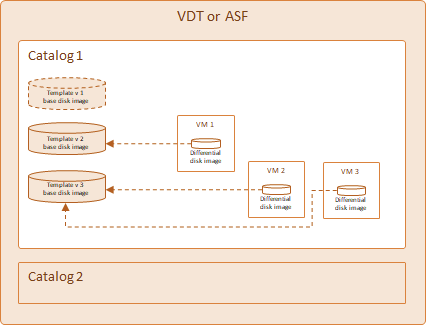 The Citrix Virtual Apps & Desktops mechanism that cleans up those un-used base disk images can fail for different reasons, leaving those images behind consuming storage space.

From version 4.7, Flexxible|SUITE provides a functionality to keep track of un-used base disk images and schedule its automatic deletion for non Azure-hosted catalogs.

The list of base disk images is displayed in a hosting unit's detail view, in a "Base disks" tab:

The "Used" checkbox indicates if the base disk is still in use. When un-checked, the "Last VM" column shows the last date & time a VM was seen using this base disk.

A base disk is considered not in use when there are no VMs pointing to it as the booted or assigned base disk image, and every storage in the catalog contains another base disk of a newer template version, as it indicates that the new VMs in the catalog will be created using that newer base disk.

When Flexxible|SUITE indentifies an un-used base disk, it schedules the automatic deletion date ("Delete on" column) for one week later. The scheduled deletion date can be delayed by clicking the row and accessing the base disk's detail view: 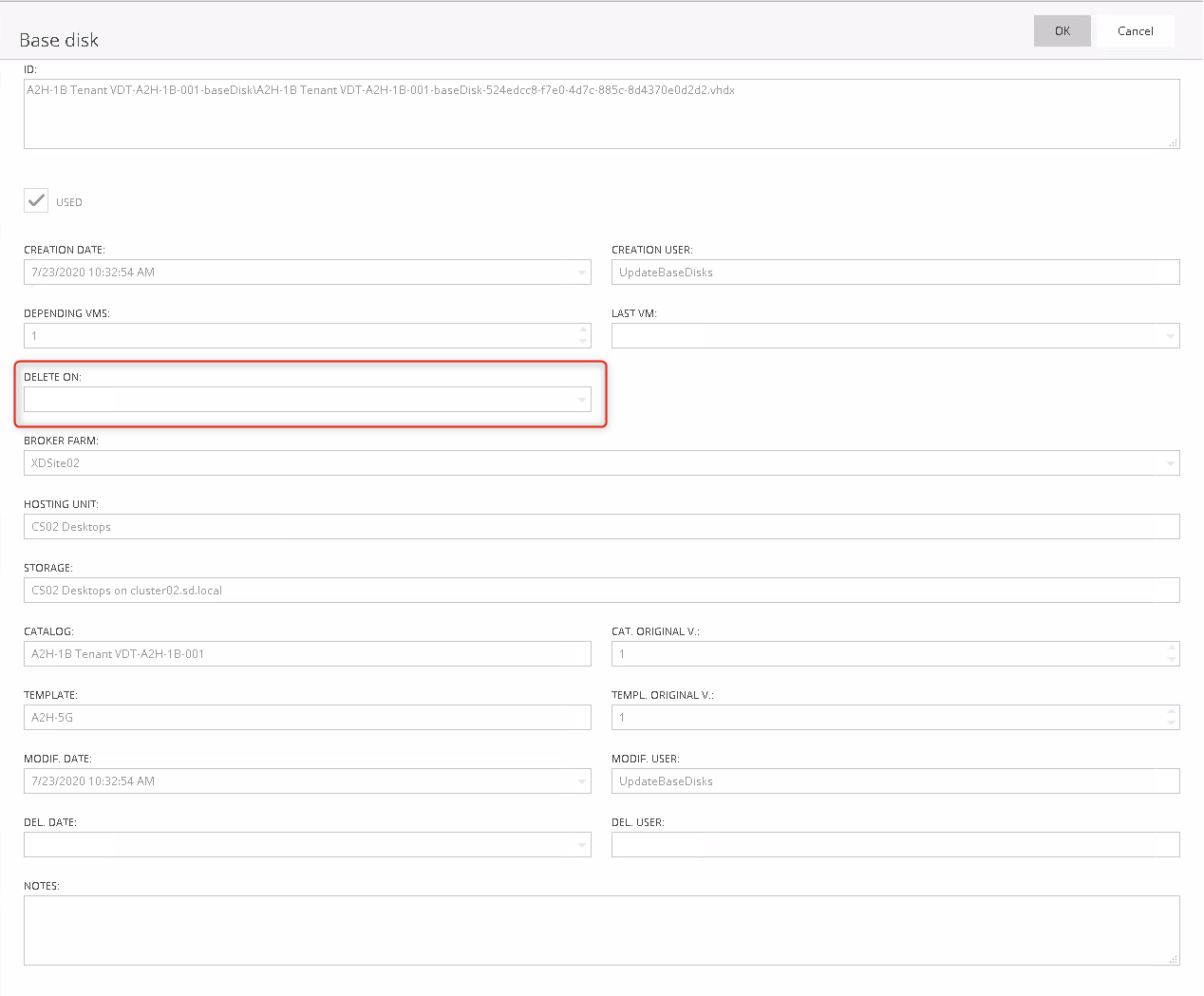 Where the "Delete on" date & time can be delayed. Please note that:

Un-used base disk images are deleted by the Flexxible|SUITE when its scheduled deletion date is reached, by the periodic, automatic, "Synchronize infrastructure" job, which will display in the "Log" tab the list of base disks that were deleted.

If a disk can't be deleted the job's "Log" tab will display a warning indicating the disk and the problem. In the hosting unit's base disk tab the disk will also appear in red and the "Notes" column will display information about the error occured.