Prioritize the delivery controller based on a specified Active Directory(AD)

How to recover the AD Site for each VM

This information can be found in the following registry key: 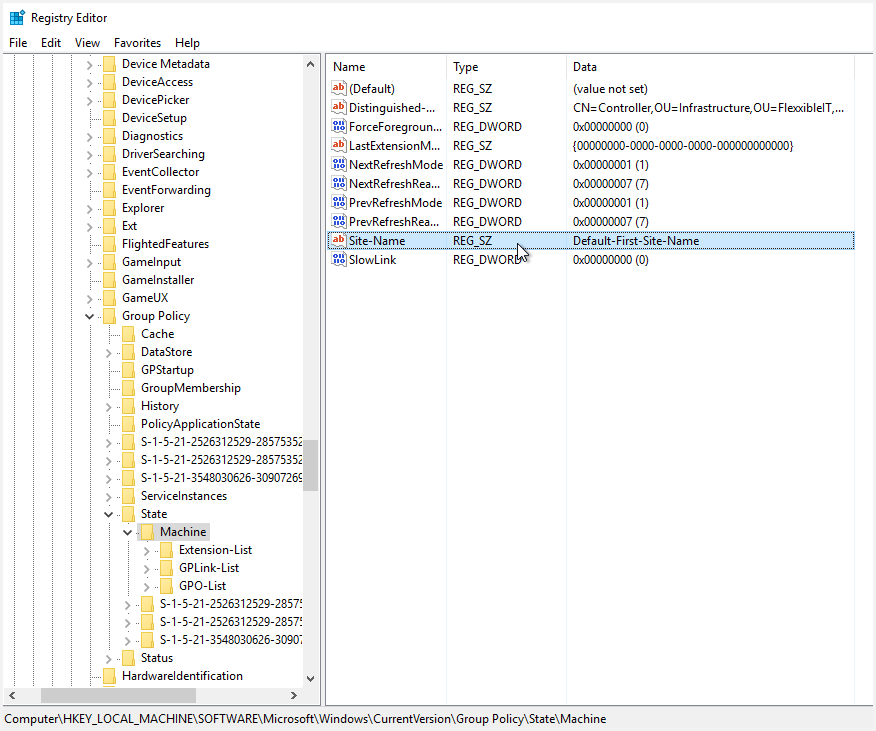 For the worker servers, it is reconmmended to access this value directly every time this value is required(i.e. when initializing the powershell scripts).

This value will be saved at Desktop Broker farm node level where a new column called "AD Site" will be created.

In case the registry key doesn´t exist, the same functionality we already know so far will be kept, and it will be assumed that we won´t work with AD sites.

If we have issues to get the Site Name from a VM remotely due to connection problems, we can edit the values in the AD Site column to access

another site. To do this, just click  on the AD Site Name and edit the "AD Site" field in the Desktop broker node window.

After saving the change, the new site will be used in the synchronization process at some point.

So far, in order to select the delivery controller where we have to execute the powershell scripts, we used the node list without taking into account any type of sorting(by default, it was sorted only by following the order in which the records were inserted) and then started testing the connection for each node one by one until we got a node to which we could connect with no issues.

But now the delivery controllers list should be sorted out based on the below conditions:

2- If the current worker server is included in a AD Site (where the registry key's value matches the name of the "AD-Site"), the rest of the desktop broker farm nodes included in the mentioned AD Site will be added to the list.

4- Finally, the rest of delivery controllers will be added to the list without following any order.